The European University Championships has finally concluded on Sunday, 23 of July 2017 with an exciting Awards & Closing Ceremony in Milan, at Giuriati Sport Center.

Over 200 participants from 10 Universities from 7 countries took part in this year’s edition of the event.

In women’s final, the title of champion/s went to Universitè Toulouse III – Paul Sabatier, who has won an exciting French derby against Universitè Paris 13 10-0. 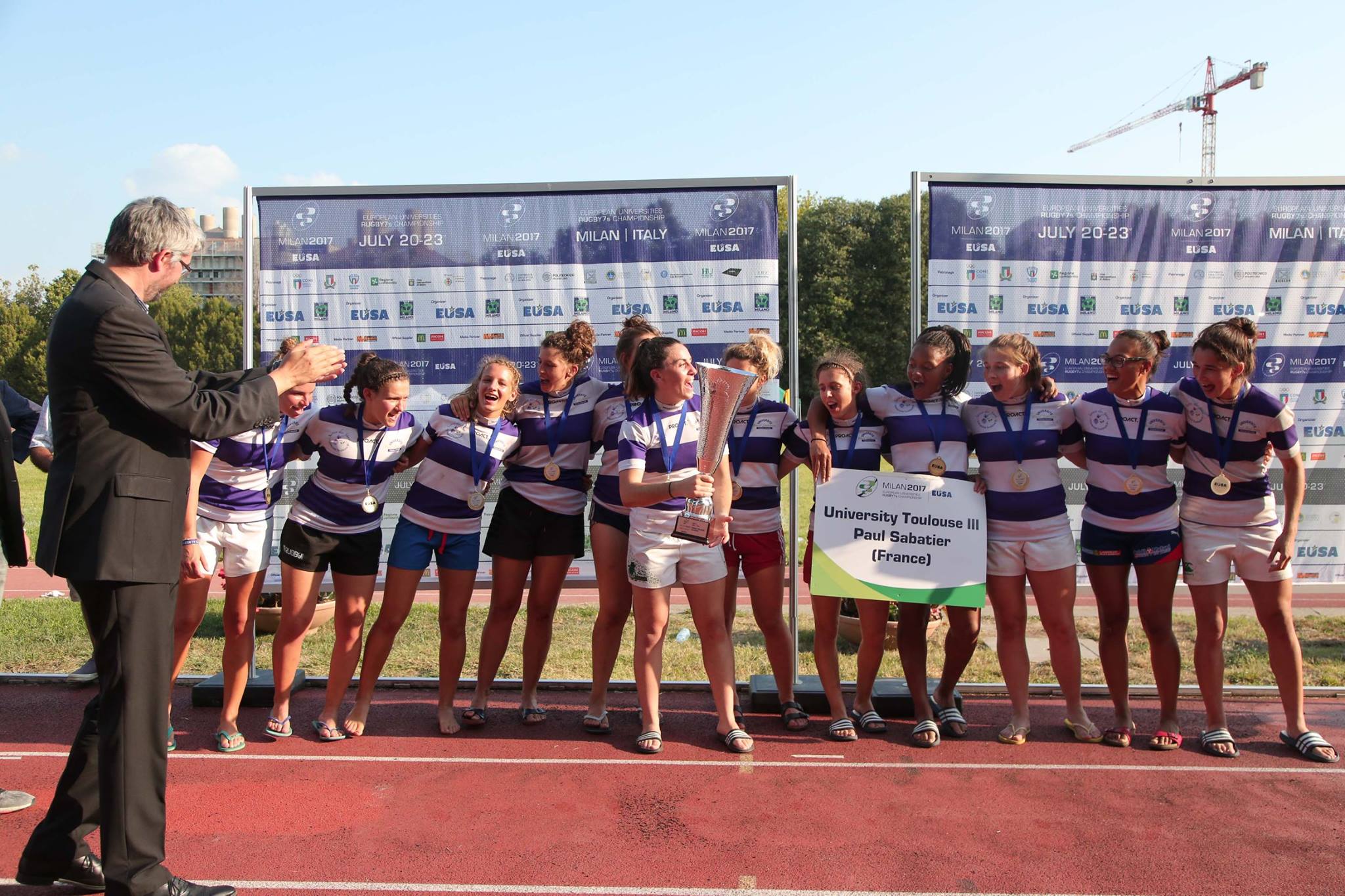 Medals and awards were presented by the authorities of EUSA and the Organizing Committee, Haris Pavletic – Vice President of EUSA – and Italo Carli – Chairman of the OC. 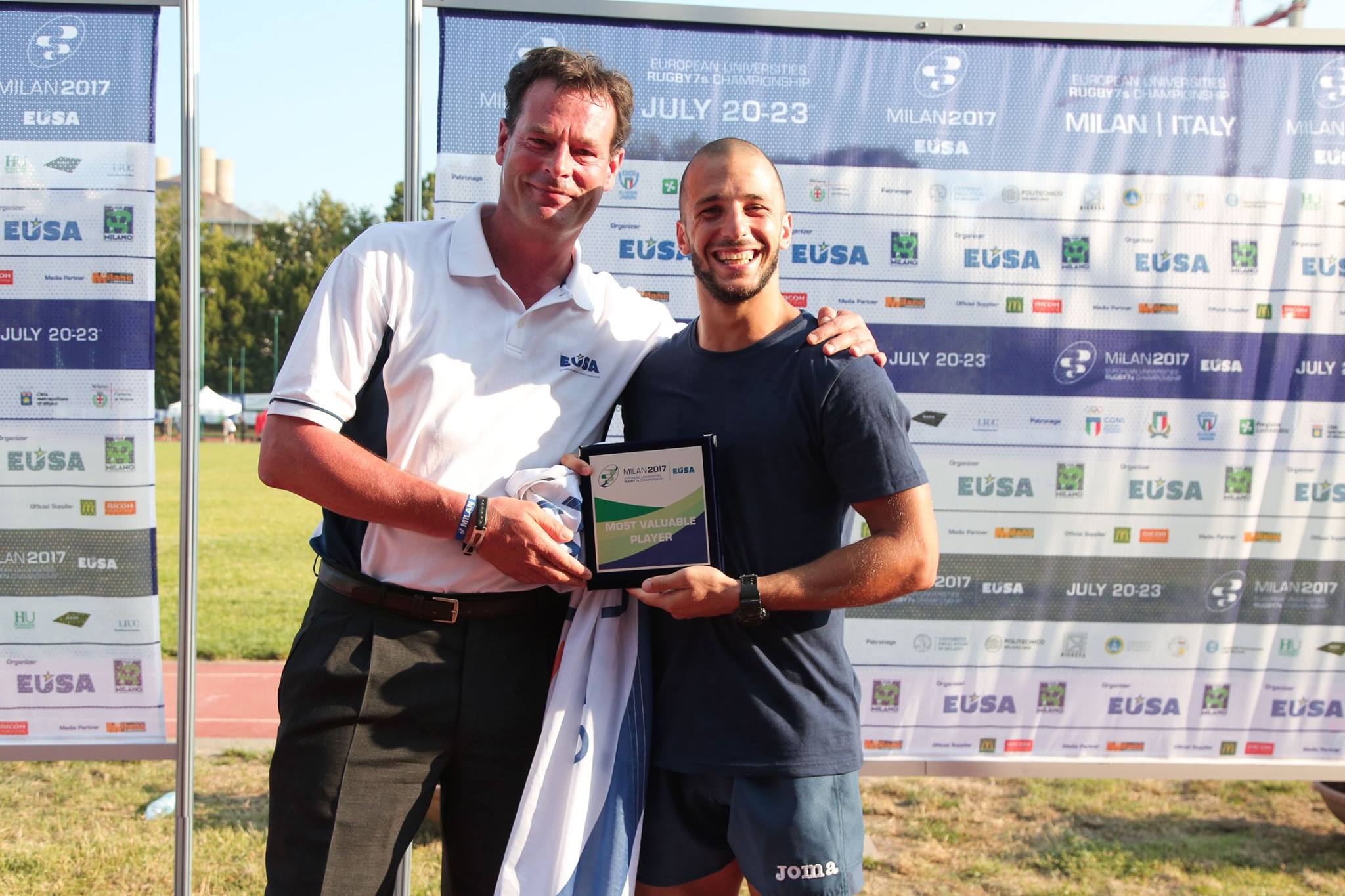 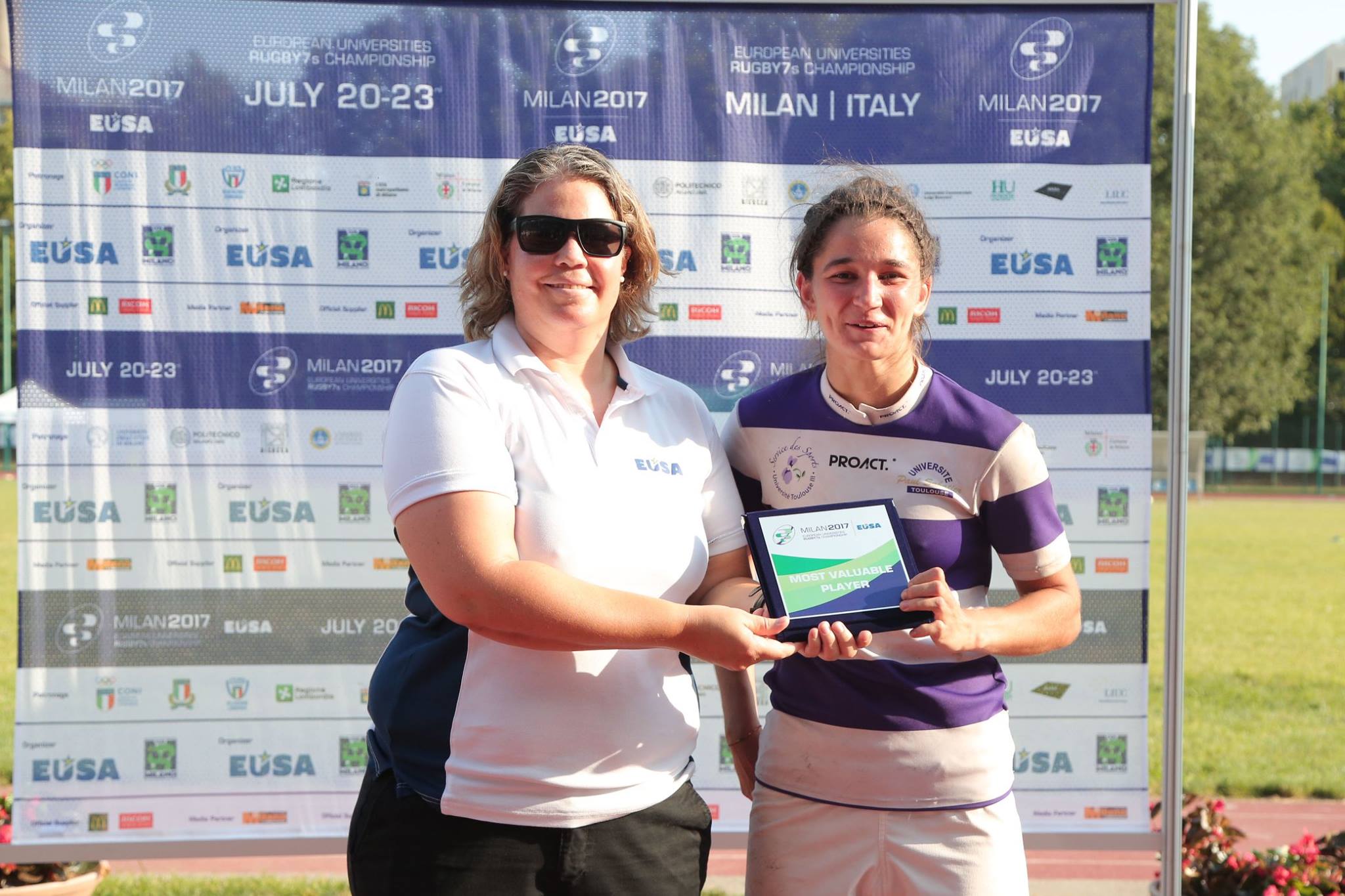 The next EUC will take place in Orleans, France, and all teams are warmly welcomed to join the next Rugby 7s tournament!